Hong Kong’s FTLife Insurance is preparing to sign a lease for four office floors in Kowloon East, according to a local media account on 13 May, as the former industrial area continues to lure major corporate tenants away from traditional commercial hubs.

The insurer is said to be agreeing to pay HK$4.41 million ($561,806) per month to rent a 126,000 square foot (11,706 square metre) space in the LVGEM NEO project in the Kwun Tong area, a harbourfront office project which scheduled to be completed in the third quarter of this year.

Should the tenant and LVGEM reach an agreement as reported, the deal would mark one of the largest leases in terms of value in Hong Kong’s commercial market so far this year, according to Cushman & Wakefield’s research department.

FTLife’s new home spans the 7th through 9th floors of the 25-storey grade A tower, with the local finance firm also leasing the 15th floor of the project. 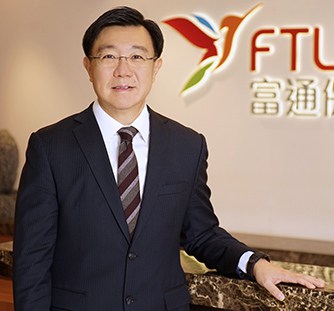 The building started life under the name 8 Bay East before the project’s original developer, Wheelock Properties, sold the building at 123 Hoi Bun Road to listed mainland developer LVGEM China for HK$9 billion in 2017.

As with many enterprise level occupiers moving to Kowloon East, the new lease also allows FT Life to bring its team closer together, with the company headquarters at the FTLife Tower located less than 1.5 kilometres away from the NEO building on Sheung Yuet Road, instead of being 52 minutes away by subway in Central district.

FTLife took its first foothold in Kowloon East in April of last year when it moved away from its then home in Tsim Sha Tsui’s Harbour City to lease 100,000 square feet in what was then called the Hong Kong Pacific Tower in Kowloon Bay.

The HK$2.8 million per month deal for six floors in the newly completed tower also gave the insurer naming rights to the 27-storey project.

FTLife’s choice to consolidate its team into newer buildings in Kowloon East is typical of a trend which is seeing larger corporate occupiers relocate to the developing commercial hub and other alternative office locations, according to Reed Hatcher, head of research for Hong Kong at Cushman & Wakefield.

“As we continue to see a decentralization trend by companies seeking cost savings, recent completions in Kwun Tong provide excellent options to achieve that while having the ability to meet large space requirements,” Hatcher told Mingtiandi.

With the district’s office vacancy rates standing at 12.2 percent at the end of March, Kowloon East also provides the greatest choice of available locations, as the Central-Admiralty area found only 2.5 percent of offices unoccupied at the same interval, with Cushman & Wakefield’s Hatcher pointing out that Kowloon East will continue to have an ample supply of new offices in the next three years.

During the same week that FTLife’s new lease in Kwun Tong was reported, another large corporate tenant is said to have signed its own deal for a 70,000 square foot space just three hundred metres away.

An unnamed shipping company is said to be paying HK2.45 million per month to lease its new premises in the Kingston Financial Centre at 19 Wang Chiu Road in Kowloon Bay. The new lease, which comes at a rate of around HK$35 per square foot per month, is said to save the tenant around 30 percent compared to its existing space at the Sunlight Tower on Queen’s Road East in Wanchai, where rents average between HK$45 to HK$50 per square foot per month.

An ailing mainland developer leads this week’s set of personnel moves from around Asia, as a new chairman takes over at … END_OF_DOCUMENT_TOKEN_TO_BE_REPLACED