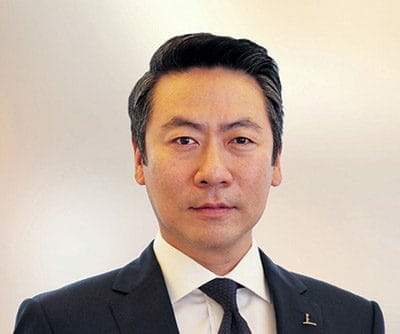 James Lim has been appointed as managing director of Oaktree Capital Management’s Singapore office, three months after resigning from his position as CEO of CapitaLand Investment Management (CLIM).

Mingtiandi has come to understand that Lim is initially leading targeted China and Hong Kong real estate direct lending for the company chaired by investment titan Howard Marks, which largely consists of mezzanine and uni-tranche financing.

The University of California Davis graduate is joining the LA-headquartered investment manager, which had $122 billion in assets under management as of September this year, eight months after Brookfield acquired a majority stake in the company.

The Californian debt specialist has offices in 15 cities globally, as well as three affiliates of Oaktree-managed funds in a further three metros, with 14 percent of its assets under management held in Asia Pacific.

The $9.5 billion in property investments managed by the firm represents just under eight percent of its global assets, with credit making up two thirds of Oaktree’s total $122 million in AUM.

Taking Up New Role After Raising $1B at CapitaLand

Lim resigned from CapitaLand just under two years after he was brought on board to help launch the Singapore property group’s private fund management unit, and five months after his team reached a $391 million first close on its inaugural discretionary equity investment fund, with CLIM having raised more than $1 billion for its funds during Lim’s tenure.

Before joining CapitaLand in 2017 Lim had spent three years with HSBC where he helped build the bank’s commercial real estate finance platform for Asia Pacific.

During his time at CapitaLand, Lim set up a fund management team of more than 20 people and led the establishment of two funds. A rare non-Singaporean in the upper ranks of the real estate titan, Lim’s almost two-decade career in finance also includes senior roles with Morgan Stanley, BNP Paribas, ANZ and Lehman Brothers.