Cindat and friends will get started renovating the Reuters building

Although financial details of the transaction have not been disclosed, the deal is understood to allow Cindat and its partners, which also include London-based Quadrant Estates, to pick up the 305,000 square foot (28,335 square metre) office building, which is currently occupied by Thomson Reuters, at a steep discount to market rates in the financial district.

Reports in February of this year, when Cindat is said to have originally signed a sale and purchase agreement with HNA Group for the property put the transaction price at £135 million ($176 million), or around 60 percent less than the ₤215 million HNA paid to acquire the asset in 2015.

Beijing Investment Manager Works with Old Friends in the UK

The deal, which closed earlier this month, sees Cindat, which has traditionally managed cross-border investments for mainland institutions, partnering with one of North America’s biggest real estate investment houses for its latest UK acquisition. News of Oaktree’s involvement was first reported by the UK’s PropertyWeek. 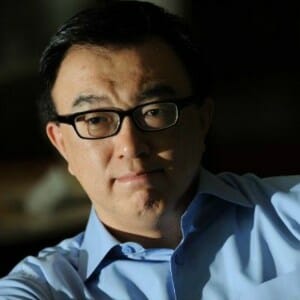 Oaktree, which together with parent firm Brookfield had around $475 billion of assets under management at the end of the first quarter this year, has the resources available to move quickly on a transaction, while Cindat’s contacts in Beijing would give it easier access to decision-makers at HNA Group, after local buyers in London had tried and failed to acquire 30 South Colonnade.

Brookfield acquired a majority stake in Oaktree, which specialises in debt investment, for around $4.8 billion in a deal that closed in March of this year. The Canadian fund manager also, together with the Qatar Investment Authority, purchased the Canary Wharf Group, the developer of the financial district for £2.6B in 2015, putting this deal on home turf for the investment group.

Oaktree is also understood to have been the driving force behind bringing on board Quadrant Estates as the asset manager for the acquisition.

Cindat and Oaktree are already familiar partners, with the California debt specialist having provided $50 million in mezzanine financing for Cindat’s $571 million US hotel joint venture with Hersha Hospitality Trust in 2016.

With the acquisition completed, Cindat, Oaktree and Quadrant will now get to work lining up a new tenant and giving their 1991 vintage acquisition a makeover.

The Kohn Pedersen Fox-designed building has been leased to Thomson Reuters as the sole office tenant since 2005, with the information provider set to vacate the premises when its lease expires in May of next year.

The 13-storey block, which occupies a prime spot just opposite the Canary Wharf tube station, is understood to need extensive renovation, with its new owners currently pursuing discussions with potential tenants.

While reports earlier this year had Cindat purchasing 30 South Colonnade as a set with another HNA London property, 17 Columbus Courtyard, that 20-year-old asset is owned by HNA’s CWT International subsidiary. Like most of CWTI’s assets, that office building is said to be among the properties seized by creditors of the Hong Kong-listed firm in April of this year. The Reuters building had been held directly by HNA Group.

While the Canary Wharf transaction marks the latest in series of disposals for HNA Group, Cindat is continuing to stack up acquisitions in the UK.

Last year the company formed a joint venture with HCP to acquire control of a portfolio of 79 of the US REIT’s senior living assets in the United Kingdom. That deal came two years after Cindat spent $930 million to pick up 11 senior housing properties master-leased to Brookdale Senior Living and 28 long-term/post-acute care facilities master-leased to Genesis Healthcare across the US.

In 2017 the Beijing firm had reportedly formed a 50-50 joint venture with London’s Aprirose in the property investment firm’s £525 million acquisition of UK hospitality chain Qhotels from Bain Capital Credit and Canyon Partners.

With the acquisition of HNA’s London property completed, Cindat may see future opportunities to work with international capital to acquire more assets from mainland investors who may have overstretched themselves on global acquisition sprees, as well as to look for special situation opportunities for global investors within China.