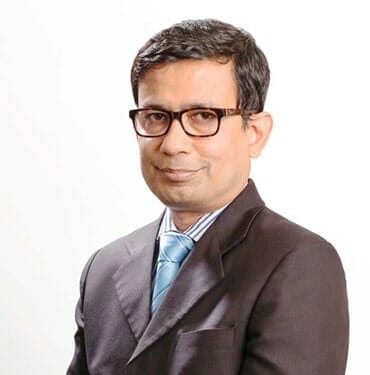 At the top of today’s real estate news from around the region, Singaporean developer Ascendas-Singbridge is stepping up its commitment to India’s industrial market with a pair of acquisitions by its India logistics joint venture, while in mainland China, the country’s biggest home-builders are counting their sales from a disappointing November. Also in the headlines, a company that was once one of Hong Kong’s biggest developers has a privatisation plan and there’s much more to know, just a bit further down the page.

Singapore-based Ascendas-Singbridge Group, through its logistics and warehousing joint venture with Firstspace Realty, has acquired two assets in Chennai amid a boom in India’s industrial real estate.

The two assets include a greenfield project—a piece of land in Oragadam, Chennai, for an industrial and logistics park of 2.8 million sq. ft and an over 120-acre industrial park at Periyapalayam, of which 1.2 million sq. ft has already been developed. Read more>>

Two of China’s top three leading property developers saw their November sales plunge even after cutting prices by nearly a third at some of their projects, as fears of a housing recession grows larger.

China Evergrande, the country’s third-largest property developer by sales, reported on Tuesday that contracted sales declined 29 per cent to 34.1 billion yuan (US$5 billion) in November from a year earlier, a day after Country Garden Holdings, the nation’s biggest developer, posted sales drop of 16 per cent to 33.8 billion yuan. Read more>>

Property tycoon Gordon Wu Ying-sheung plans to take his flagship Hopewell Holdings company private, according to media reports, in a buyout that could cost as much as HK$20 billion (US$2.56 billion).

Shares in Hopewell were suspended on Monday pending further details of the move, which would be the end of an era for a firm that has been part of the real estate market in Hong Kong for 45 years. Read more>>

Bahrain’s Investcorp Plans to Invest Up to $1B in India

Investcorp is looking to invest up to $1 billion in India over the next five to seven years across sectors, according to the chief executive officer of the Bahrain-based firm that manages investments worth $22.5 billion

The company, Rishi Kapoor told BloombergQuint, will start evaluating investment opportunities in the country after its acquisition of IDFC Alternatives’ private equity and realty fund businesses, which manage about $450 million investments, is complete by early next year. Read more>>

In the largest deal, Knotel signed for 35,643 square-foot at 555 Montgomery St. with landlord Gaw Capital. The company will occupy the third, sixth and 17th floors of the building. Roman Adler of Newmark Knight Frank represented the landlord in the deal, while HelloOffice’s Justin Bedecarre, Blake Stanley and Bryan Emmanuel worked on behalf of the tenant. Read more>>

Tiger Global is slowly stepping up the pace of investments in startups after entirely halting investing in the past two years, Mint reported. Read more>>