Investment in Asia Pacific commercial property added $41.9 billion in the third quarter of 2021 to hit a record $137.4 billion for the first nine months of the year, led for the first time by red-hot South Korea, according to Real Capital Analytics.

In its Asia Pacific Capital Trends report released late last week, the property information provider said APAC commercial transaction volume jumped by 25 percent during the first nine months of this year compared with the same period a year ago. The year-to-date sum also marks a 16 percent rise on the average for the same period in the five years before the COVID-19 pandemic.

“We have seen sustained growth during 2021 as the recovery from the pandemic has broadened and deepened across the region,” said David Green-Morgan, RCA’s managing director for APAC. “Importantly, we are not just seeing growth over 2020 activity, but also above the longer-term average, meaning that 2021 could be a record year and continue the longer-term expansion of the investment market in Asia Pacific.”

In 2020, third-quarter commercial property transactions in APAC fell 38 percent year-on-year to total just $26 billion, according to an RCA report at the time.

South Korea topped the leaderboard as the region’s most active market in this year’s third quarter with deal volume of $10.6 billion, up 30 percent year-on-year, with that total spurred by a handful of large transactions. Year-to-date activity in the North Asian nation totalled $27.4 billion — more than double the average transaction volume seen before the pandemic for the first nine months of a year. Korean institutional investors accounted for the bulk of the increase during the three months to September. Pacing the field was pension fund manager NPS’s $2.26 billion purchase of a two-asset office-retail portfolio from a joint venture of IGIS Asset Management and builder Taeyoung E&C — a deal topped only by GIC and ESR’s acquisition of Blackstone’s Milestone logistics portfolio in Australia for $2.92 billion, which closed during the period.

Other Korean megadeals last year included KOREIT buying the H Square office complex in the Pangyo Techno Valley from asset manager Koramco for $628.2 million, the sale of Le Meridien Seoul Hotel to a joint venture of Hyundai E&C and Wealth Advisors by Jeonwon Industrial Co for $626.3 million, and Koramco’s purchase of the Galleria Department Store Gwanggyo in Suwon from Hanwha Corporation for $582.3 million.

“South Korea is by far the fastest-growing major investment market in the world at present,” said Benjamin Chow, RCA’s head of analytics for Asia. “Seven of the past eight quarters have set new records for investment volumes, while pricing has surged 20 percent over the past year.”

Megamarket China settled for second place this go round, chalking up $9.7 billion in commercial property investment volume in the third quarter for a 13 percent year-on-year rise. Asia’s biggest economy was the spot for four of the top five single-asset deals in the period. 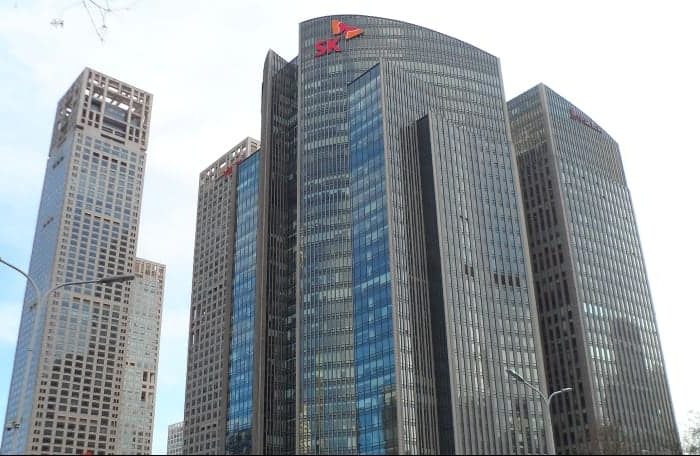 China’s major office transactions included Hexie Health Insurance’s acquisition of Beijing SK Mansion (Buildings A and B) from SK Group for $1.4 billion, as well as TikTok maker ByteDance’s purchase of four buildings at US developer Tishman Speyer’s The Springs development in Shanghai for $1.24 billion.

Australia took the number-three spot in APAC with $8.5 billion in deals, up 145 percent from the year-earlier quarter. Along with the Milestone transaction, the period featured NPS’s acquisition of the Melbourne Quarter Tower from developer Lendlease for $899 million and Macquarie’s sale of the Martin Place south tower in Sydney to a joint venture of Investa Property Group and Manulife for $616.5 million.

Japan came in fourth at $7.3 billion, down 2 percent year-on-year, and hosted the third quarter’s largest single-asset deal: ad giant Dentsu Group’s sale of its Tokyo headquarters building to a joint venture of Hulic and Mizuho Leasing for $2.41 billion.

Seventh-place Singapore enjoyed the region’s biggest growth surge in the quarter, shooting up 223 percent year-on-year to reach $1 billion, but that was largely down to OUE Commercial REIT’s closing on its sale of a half-stake in OUE Bayfront to Allianz and NPS for $476.4 million. Activity has been picking up at the smaller end of the market, however, with 90 deals exceeding $10 million in 2021, more than double last year’s count, RCA said.

Princeton Digital Group has appointed Yoshinaga Takahashi as managing director of Japan, where he will help execute the … END_OF_DOCUMENT_TOKEN_TO_BE_REPLACED