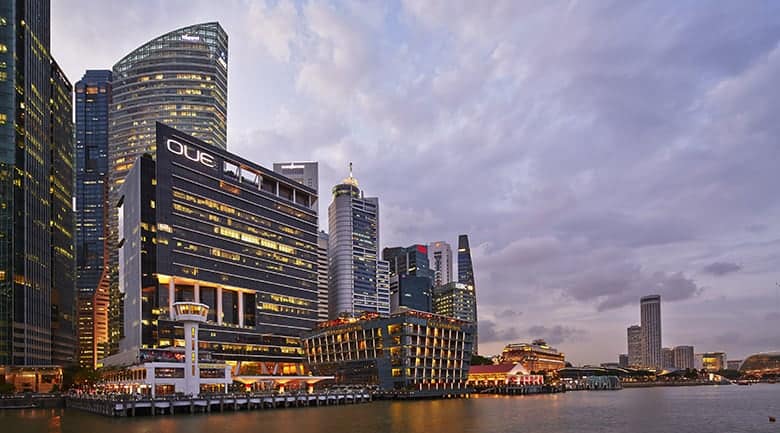 Asia Pacific’s commercial real estate market recorded more than $34 billion in direct investment in the first quarter of 2021, down less than 1 percent year-on-year, according to JLL.

But investment volume fell 23 percent compared with the fourth quarter of 2020, even as big upturns in Australia and Singapore showed the growing confidence of global investors, the global consultancy said in its Asia Pacific Capital Tracker report released this week.

Mirroring the trend seen during pandemic-stricken 2020, the majority of APAC’s first-quarter investment activity occurred in markets with strong domestic liquidity bases. Transactions in Japan ($11.5 billion), China ($8.3 billion) and South Korea ($4.3 billion) made up more than 70 percent of total investment volume in the period.

“Irrespective of the year, first-quarter investment volumes are typically on the light side as investors refine strategies, complete due diligence and search for new opportunities — 2021 was no exception,” said Stuart Crow, chief executive of capital markets for Asia Pacific at JLL. “However, solid deal flow in the fourth quarter of 2020 coupled with record amounts of dry powder waiting to be deployed give us confidence that the recovery will gain further momentum as the year progresses.” In the second-biggest office deal Down Under during the quarter, Singapore’s Mercatus Co-operative joined forces with Dexus, Australia’s biggest office landlord, to buy a 33.3 percent stake in 1 Bligh Street, a 29-storey commercial tower in Sydney’s core financial precinct, for $290 million.

Other key deals in the city-state included Blackstone’s acquisition of an office building nicknamed the Sandcrawler from Disney-controlled Lucas Real Estate for $135 million and BlackRock’s sale of Admirax, a light industrial building, to fund manager AEW for $107 million.

The office segment, which remained the region’s largest commercial real estate sector, drew 47 percent of all investment in the first quarter, amounting to year-on-year growth of 2.5 percent. Retail and hotel activity made up 22 percent and multi-family and other sectors the remaining 8 percent.

Because of the region’s attractiveness to global investors, allocations to Asia Pacific will only grow in 2021, said Regina Lim, head of capital markets research for Asia Pacific at JLL.

“Secular tailwinds will continue to accelerate the weight of capital into sectors like logistics, while new economy themes will drive capital allocations this year and beyond,” Lim said. “We maintain that investment volumes will rise by 15 to 20 percent in 2021, driven by structural growth in logistics, data centres and multifamily sectors, while office investments are likely to rebound in tandem with economic growth.”

And although uncertainty surrounding regional office demand will continue to weigh on transaction volume, the perception of risk around the sector will create opportunities for investors, JLL’s report said.

First-quarter office leasing was muted in most metro areas, but demand picked up in major centres like Seoul, Shanghai and Singapore. JLL predicts that demand for flex space and sustainable, energy-efficient buildings will attract longer-term investors.