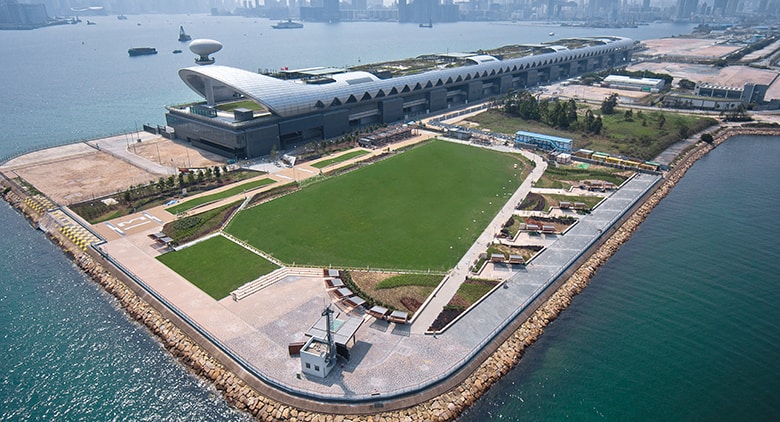 Years after its international airport closed down, a former landing strip in Hong Kong’s Kai Tak area has again become a centre of activity in recent weeks with China Overseas Land & Investment announcing on 26 November that it has agreed to sell a 30 percent stake in a residential plot on the man-made peninsula for HK$1.3 billion ($172.8 million).

That divestment was revealed just one day after defaulting Shenzhen developer Kaisa Group said it was selling its half-stake in a neighbouring site for HK$7.9 billion, as mainland builders have rushed to liquidate assets amid tighter credit conditions and slowing home sales in their home market.

“Although COLI has a significantly better balance sheet than Evergrande and China Aoyuan, the sale of the stake may come as a conservative stance to shore up liquidity where possible in the current operating environment, amid an uncertain economic outlook for the next year,” said Morningstar senior equity analyst Cheng-wee Tan.

COLI’s selldown of its stake in the development project comes after it agreed to pay HK$4.27 billion for the 59,718 square foot (5,548 square metre) site in a December tender where it bested nine competing bids. That year-old bid valued New Kowloon Inland Lot No. 6603 at just HK$220 million less than the HK$4.49 billion valuation used in this latest transaction, as one of China’s largest state-run developers shows signs of the debt pressure which has already forced privately controlled competitors such as Evergrande and China Aoyuan into urgent asset sales.

Backing Out of Kai Tak Together, CSCEC and COHL have taken a 50 percent stake in Haijian Fund with the remaining half held by big four mainland lender China Construction Bank Corporation, with the fund agreeing to buy into COLI’s Kai Tak project.

The transaction, which would reduce COLI’s stake in the property from 80 percent to 50 percent, is expected to “enable the company to utilize its resources to diversify its investment options and ensure the healthy and sustainable development of the company in the long run”, the developer said in its announcement.

The remaining 20 percent of the project is already held by the Hong Kong unit of CSCEC, China State Construction International Holdings, which is also the city’s largest construction contractor.

Together the members of the CSCEC-backed partnership are set to develop up to 328,450 square feet of housing on the site, which is estimated to yield from 800 to 1000 homes.

Located within Kai Tak Area 4E Site 1, the plot sits adjacent to another site on the former runway which COLI had purchased in 2018, with that plot now transformed into the company’s One Victoria residential project which kicked off sales in July and is scheduled for completion in 2023.

Over its second weekend of sales in July COLI received 2,800 bids for 286 homes made available in the One Victoria project, with units selling for an average of HK$28,103 per square foot, according to an account in the South China Morning Post.

While COLI is pushing part of the Kai Tak project off of its balance sheet, the company’s finances look much healthier than competitors like Kaisa Group, which has been linked to a number of Hong Kong assets sales in recent weeks.

On 25 November Hong Kong-listed Far East Consortium revealed that, together with New World Development, it was acquiring a Kai Tak site controlled by Kaisa at a valuation of HK$7.9 billion, after the Hong Kong-based pair had earlier loaned cash to the Shenzhen developer and its partner in the project.

In COLI’s case, it is partnering up with its parent firms after the developer’s total debt increased to RMB 228.5 billion ($35.9 billion) by the end of June this year against RMB 117.4 billion in cash on hand, according to the company’s interim financial statement, although only RMB 35.2 billion of that debt represents borrowings coming due before 30 June 2022.

Despite notching RMB 207.21 billion in contracted sales during the first half of 2021, which was up 20 percent from its performance a year earlier, COLI is following its Kai Tak neighbour Kaisa in propping up its balance sheet to comply with the Three Red Lines policy introduced by China in 2020 to clamp down on risks from the country’s real estate market.

Credit rating agency Fitch in July affirmed COLI’s long-term issuer default rating, foreign-currency senior unsecured rating and the rating on the senior unsecured notes guaranteed by the company at A-. The ratings agency noted that this view reflected the developer’s support from CSCEC.