In this week’s edition of People in the News, SRE Group’s leadership challenges steal the limelight after the developer’s chairman and executive director were detained under embezzlement charges in Shanghai, forcing the company to appoint a stand-in to assume their duties.

In other moves around the region, a lesser-known Kong Kong-listed developer has appointed a former China Resources Land and Fosun Properties senior executive as co-chairman, while Kerry Properties promotes a company veteran to senior director. There were also fresh hires at Wilson Associates, Sotheby’s International Realty, ReMax, and Weave Co-Living. SRE Group announced on 28 February that its chairman Peng Xinkuang and executive director Chen Donghui have both been suspended until further notice with immediate effect, according to a stock exchange disclosure. The suspension comes just over a week after the real estate development subsidiary of financially troubled China Minsheng Investment Group (CMIG) announced that the Shanghai Huangpu People’s Procuratorate had approved the arrest of Peng for suspected embezzlement and the detention of Chen on the same grounds. Lei Dechao, who is chairman of CMIG subsidiary China Minsheng Jiaye, has assumed the responsibilities of executive director and chairman of the board in their absence. BlackRock co-founder and vice chairman Barbara Novick will be stepping down from her role with the asset management giant, according to multiple news reports citing internal memos at the New York-based company. Novick, who led BlackRock’s public policy efforts in Washington DC, will be staying on at the firm until a successor is named, at which time she will shift into an advisory role. Seen as one of the most influential women on Wall Street, during her 32 years at the money manager, Novick also managed the company’s efforts at overseeing governance of public companies. Chen Kai has joined Hong Kong-listed Sinic Holdings as co-chairman and CEO, after parting ways with Shenzhen-listed Jiangsu Zhongnan Construction Group with effect from 2 March, according to a stock exchange announcement. Chen had served as the chairman of the Shenzhen-listed company’s Zoina Land real estate brand from August 2017 to February 2020, after two years running Pure Capital, a real estate investment fund which he founded in January 2016. Prior to that, Chen had served in senior roles for major property development companies including Fosun Property, Longfor Properties and China Resources Land. Chen’s appointment came as Zhang Yuanlin relinquished his role as Sinic’s CEO and chairman with the incumbent now serving as co-chairman and executive director.

Kent Wong has stepped up to senior director with Kerry Properties’ asset management division in Hong Kong, after two years as a director. Prior to that, Wong had served as a deputy director in asset management from 2016 to 2017, following a four-year stint as a senior manager with the company’s business development team from 2012 to 2015. The graduate of Hong Kong Polytechnic University joined the Hong Kong-listed developer as an assistant marketing manager in 2006. 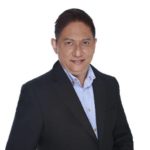 has been hired as a senior associate marketing director at Sotheby’s International Realty in Singapore, after parting ways with Savills. Monteiro had served as the property consultancy’s associate director in the heritage buildings team where he focused on investments in shophouses and boutique hotels. Prior to that, Monteiro ran his own boutique advisory focusing on heritage property in Singapore from 2008 to 2016 after serving as an associate director for local property agent Propnex between 2002 and 2008. has joined ReMax Commercial Property in Bangkok as an executive director, after parting ways with Louis T Collection. Puapaiboon had served as the hotel management solutions company’s business development director for just over one year, following  two and a half years as serviced office operator Regus’ development director in Bangkok. Prior to that, the Swinburne University of Technology graduate had served as a senior manager in the real estate division of AIA from 2001 to 2014. has stepped up to senior operations manager at Weave Co-Living, after seven months as the Hong Kong-based co-living operator’s operations manager. Prior to joining Weave, Cheung had served as a duty manager for Sino Hotels from 2016 until 2019, following almost three years as a guest service agent with Garden East Serviced Apartments in Hong Kong. Weave has two locations in operation in Hong Kong, with another two in the pipeline.

Princeton Digital Group has appointed Yoshinaga Takahashi as managing director of Japan, where he will help execute the … END_OF_DOCUMENT_TOKEN_TO_BE_REPLACED