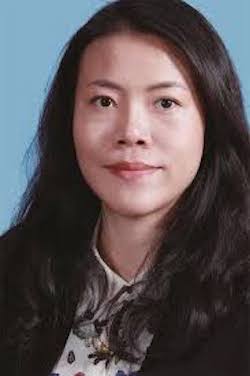 Once again, Dalian Wanda chairman Wang Jianlin is China’s richest man with an estimated net worth of $33 billion. However, among China’s top property barons, it’s the prominent role of baronesses that makes the country’s real estate industry look like an advertisement for equal opportunity.

Of the six women to rank in the top 100 of Forbes’ latest China rich list, four owe their wealth primarily to the country’s real estate industry. The role of property in building fortunes for Chinese women outranks even the major contribution it has made to members of the rich list as a whole, where 19 out of the top 100 Chinese billionaires can cite bricks and mortar as a primary source of their riches.

Together the country’s top female property tycoons are worth nearly $20 billion, with each one having taken a distinct path to becoming one of the richest people in China. For some, real estate was a family business, while others started from the bottom and worked their way to the top. Here is a brief introduction these four female real estate billionaires.

Finishing in 15th position on China’s rich list, Country Garden’s Yang Huiyan was behind only Wanda’s Wang and Evergrande’s Xu Jiayin (Hui Ka-yan) among the country’s real estate billionaires. She boasts a net worth of $7 billion. The 35-year old serves as vice-chair at the developer and is also its largest shareholder after her father, Yang Guoqiang, transferred 70 percent of his holdings to her in 2007 just before Country Garden’s listing in Hong Kong.

The Ohio State University alum has been active in her dad’s company since 2005 when she joined the firm as purchasing manager. She is married and while not a lot is known about her husband, it was reported the two met on a blind date. One of Country Garden’s most notable projects is the $121 billion Forest City development in Malaysia’s Iskandar region.

Chen Lihua is the third richest woman in China and arguably the one to most likely remind you of your grandmother. Sitting at number 24 on the China rich list with a net worth of $5.8 billion, she is chairwoman of Fu Wah International Group. The firm’s real estate arm, Fu Wah Property, has focused on high-end projects in Beijing including the transformation of Jinbao Street.

Most recently, the developer has been active in Australia and New Zealand, having acquired the Park Hyatt Hotel in Melbourne and signing an agreement with the Auckland Government to work on projects there. In addition to her role at Fu Wah, Chen devotes her time and energy to serving as curator at her China Red Sandalwood Museum. The female tycoon was named by Time Magazine as one of its “100 Most Influential People” in 2012.

Once known as China’s richest woman, a costly divorce in 2012 saw Wu Yajun tumble down the list. This year the co-founder and chair of Hong Kong-listed Longfor Properties comes in at number 42 on the China rich list and is the third wealthiest woman in China’s real estate industry with a net worth of $4 billion.

It’s safe to say Wu’s journey into real estate was more about chance than passion. She picked up a degree from the Department of Navigation Engineering at China’s Northwestern Polytechnical University. She then went on to work as an editor for a newspaper belonging to the Construction Bureau of Chongqing Municipal Government before starting Chongqing Zhongjianke Real Estate, later renamed Longfor Properties, with her then husband in 1995.

Among China’s best known businesswomen, Zhang Xin leads real estate developer Soho China with her husband Pan Shiyi. Forbes places Zhang’s net worth at $3.2 billion, which is good enough for 62nd place on the rich list. The one-time factory girl has become a celebrity entrepreneur in recent years, but she her high profile has not saved SOHO from painful struggles in the country’s shifting property market. SOHO sold a Pudong commercial project and put three Shanghai office buildings up for sale in 2016 as the company continues to fall short of revenue targets following a shift away from its former strategy of building office properties to sell as individual units to small investors.

The Beijing-based developer continues to search for cashflow from office leasing, and recently entered the co-working sector challenging the likes of naked Hub and WeWork.

An ailing mainland developer leads this week’s set of personnel moves from around Asia, as a new chairman takes over at … END_OF_DOCUMENT_TOKEN_TO_BE_REPLACED