In this week’s edition of People in the News, it’s farewell to an old campaigner who saw out nearly two decades at China’s largest commercial developer, while one of the global property agencies takes the wraps off of its new head of capital markets in Hong Kong. Elsewhere, there are fresh moves across the region in business development, project services, and intelligent buildings. Qu Dejun is saying goodbye to Wanda Group after 17 years, according to local media reports. The senior vice president, who joined Wang Jianlin’s conglomerate in 2002, will be moving on to Hong Kong-listed Future Land Development Holdings to take up a position yet to be announced. Qu led Wanda Group’s Internet Technology Group after Tencent and Baidu walked away from the trio’s $3 billion ffan.com ecommerce joint venture in 2017, but was reassigned as director of the conglomerate’s children’s theme parks unit in September last year after Wanda’s internet business foundered, according to local media. The Dongbei University Economics graduate also served as a non-executive director for Wanda Hotel Group from 2013 until 2017. 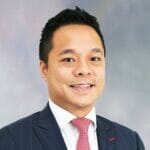 Liao Liang has been appointed by Cushman and Wakefield as a director of the company’s intelligent building and green financial services platform in Shanghai. Liao, as one of China’s first generation of green building consultants, has led and participated in more than 100 green building projects including Swire and Coca-Cola’s bottling plant in Luohe, Beijing’s World Financial Centre and General Electric’s Shanghai headquarters. He was formerly an assistant dean at the China Academy of Sciences and a building engineering sustainability team leader for AECOM in Shanghai. Khriztopher Phay has been appointed by Cushman and Wakefield Singapore as a business development director for Southeast Asia, a newly created role intended to leverage the growing pool of Chinese businesses and manufacturers in the region, with an initial focus on Vietnam. Phay joins from China Fortune Land Development International where he had led the asset management division for China and Southeast Asia for three years. The one-time police officer also spent almost seven years with Mapletree Investments from 2008 until 2015 where he was tasked with looking after the company’s logistics assets in Northern China. has been promoted to account director with JLL Singapore’s project and development services team for APAC. McCartney was formerly the property agent’s business development manager for project services in Singapore for almost three years following JLL’s acquisition of space planning consultancy PDM where she had been a client services manager. Prior to this, the graduate of the Ecole hôtelière de Lausanne was a senior research analyst for Savills in Shanghai from 2014 until 2015. Jeffrey Hartanto has joined Shenzhen-based commercial real estate agency BlackHills Consulting as a director after parting ways with Cushman and Wakefield. Hartanto served as a senior manager in the investment and advisory service of the property agent for just under two years, his second spell with the company following one and a half years between 2012 and 2014 as a consultant. The University of Shenzhen graduate was also a senior manager at JLL from 2014 until 2017. Doreen Wong has been promoted to senior property officer at Link Asset Management, manager of Hiong Kong’s Link REIT, Asia’s largest real estate investment trust. Wong, who continues to be based in the Link’s home city, took the step up after serving as a property officer for the REIT manager in Hong Kong for eight years. The former student at CCC Kei Yuen College joined Link Asset Management in 2011.