In this week’s edition of Mingtiandi’s People in the News, family fortunes are the theme as a cash-strapped Hainan conglomerate names the chairman’s son as group president, and a Singapore-based developer promotes another young prince to deputy CEO.

In other people moves, an executive director at mainland China’s largest real estate developer has tendered his resignation, while a Zhejiang-based property company has appointed a former Orsun Group finance director as vice president.

There are also people moves at brokerage network Leading Real Estate Companies of the World, JLL, DAMAC Properties and CBRE. , the son of HNA Group chairman Chen Feng, has been named as group president of the troubled mainland conglomerate, according to a report by Reuters citing Caixin. The younger Chen, who also goes by the English name Daniel, earned his promotion after being appointed to the company’s board and being annointed as vice chief executive officer and assistant to the chairman last year. A graduate of the University of Washington in the US, Chen Xiaofeng originally joined HNA Group in 2012 and was named CEO and Chairman of the company’s North American unit in August of last year. Brian Riady, the son of OUE executive chairman Stephen Riady and scion of the family that controls Indonesia’s Lippo Group, will be promoted to OUE‘s deputy CEO with effect from 1 January 2020, according to a stock exchange announcement. In his new role with the developer, Riady will assist his father in overseeing the operations and strategic direction of the group. The University of Texas graduate is currently the CEO of the company’s hospitality division, a role he took up in 2018. Prior to that, Riady served for five years as vice president of strategy at Lippo Group, during which time he launched the luxury movie theatre chain Cinemaxx, which was rebranded as Cineopolis last year. Liang Guokun, an executive director and vice president at Country Garden, has retired. The Guangdong-based developer said in a stock exchange announcement that Liang had confirmed that he has no disagreement with the board and there is no other matter in relation to his resignation that needs to be brought to the attention of shareholders. Liang had served as executive director for the company for six years with responsibilities including the supervision of landscape design.

Tan Mingheng has been appointed as a vice president at Zhejiang-based Shinsun Real Estate after parting ways with Orsun Group where he had served as a vice president and general manager in the finance department, according to local media. Prior to joining Orsun in November 2018, he had served for a year as group finance director at Zhenro Properties, which listed in Hong Kong 2018. Tan had joined Zhenro in 2015 as a financial director after leaving Hong Kong-listed Jingrui Holdings. Parikshat Chawla has been appointed as director of global project marketing and business development for real estate brokerage network Leading Real Estate Companies of the World. In his expanded role, Chawla will continue to serve as the company’s director for Asia Pacific. Prior to joining Leading Real Estate Companies of the World two years ago, Chawla had served as Knight Frank Malaysia’s head of project marketing from 2015 until 2017. The University of Delhi graduate served as head of international marketing with Malaysian developer Tropicana Corporation for the Middle East and India from 2014 to 2015. has been promoted to director in JLL’s International Capital division for Australia — stepping up to her new position after eight months as a senior manager. For her new role, Low will continue to be based in Singapore and has worked with JLL since joining the company as an analyst in 2017. Before joining the property consultancy, the graduate of the University of Technology Sydney had served as an assistant development manager and lease administration manager at Sydney-based GPT Group. has been appointed as a senior director of business development at DAMAC Properties’ Shanghai office. Prior to joining the Dubai-based developer, Cheung had served as a director in CapitaLand’s residential sales and marketing division in Shanghai for nearly three years, following nearly two years in Hong Kong as a managing director at Regis International Properties Consultancy. Between 2012 and 2013, the Royal Agricultural University graduate served as an associate director at Landscope Christie’s International Real Estate. 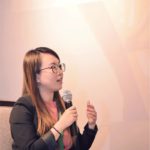 Nia Tam has been appointed as CBRE Hong Kong’s communications manager after parting ways with Hang Lung Properties. Tam had served as a senior officer in corporate communications for the Hong Kong-listed developer for one year and four months. Prior to that, Tam had worked as a reporter for London-based publication PEI – Alternative Insight. The Chinese University of Hong Kong graduate was a freelance translator between 2011 and 2015, which followed one year and nine months as a reporter for Hong Kong’s The Standard.