Hong Kong’s King of Toys, Francis Choi, has acquired full ownership of a prime office building in North Sydney after buying out the remaining 50 percent of the asset for A$300 million ($210 million), according to an announcement to the Australian Stock Exchange.

The billionaire founder of Early Light International, a privately held Hong Kong company that holds a diverse array of interests including manufacturing, property, automotive, watches and jewelry, acquired the half interest in the Northpoint Tower in North Sydney from Cromwell Property Group, according to the Aussie fund manager’s statement.

The transaction, which comes just eleven months after Choi bought his first half of the 44-storey building, allows the toy seller tycoon to add to his portfolio of commercial properties down under while Cromwell struggles with an apparent takeover attempt by its largest investor, Singapore’s ARA Asset Management.

Choi is paying the equivalent of just under A$8532 per square metre for the remaining half of the 35,162 square metre (378,480 square feet by net lettable area) tower overlooking Sydney harbour. The acquisition comes at the same price that Choi had agreed to in August last year when the billionaire bought the initial 50 percent of the grade B commercial building from South African-based Redefine Properties. 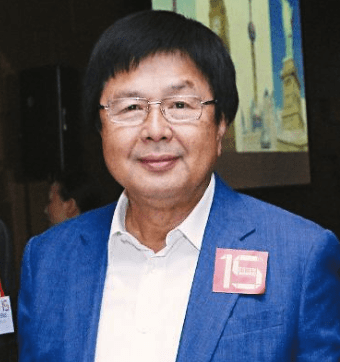 Brisbane-based Cromwell and South African real estate giant Redefine had jointly purchased the 44-storey building at 100 Miller Street in 2013 for A$287.7 million. The pair then spent A$130 million refurbishing what is the tallest building in North Sydney, including the addition of a boutique 187-key Vibe hotel. The 1970s-vintage tower re-opened in March 2018.

“We will continue to recycle capital which, in conjunction with the placement, will allow us to accelerate the execution of our “Invest to Manage’ strategy,” Cromwell’s chief investment officer, Rob Percy said in a statement. “Northpoint Tower is a great example of what we can achieve, identifying and realising value in what was very much an unloved asset.”

Northpoint Tower, which is located at the junction of Pacific Highway and Miller Street in Sydney, has 35 storeys of office space, as well as a retail element and a six-level basement carpark in addition to the hotel.

The asset sale gives Cromwell A$300 million in fresh powder just days after it appeared to enter a new and more potentially more adversarial stage in its relationship with ARA Asset Manager, the largest shareholder in the Brisbane-based fund manager.

Cromwell last week raised A$375 million in an institutional placement which excluded John Lim’s ARA from the share sale, and diluted the Warburg Pincus-backed fund manager’s previous 20.09 percent stake in the company.

ARA had boosted its then 19.5 percent stake in Cromwell to 20.09 percent stake in early May with media reports indicating that ARA might soon launch a takeover attempt for its Aussie affiliate, after Cromwell failed in an attempt to buy London’s RDI REIT. Cromwell has publicly denied any discussions of a potential takeover attempt by ARA, although Australian media accounts continue to speculate that a buyout could occur as early as this month.

Early Light’s Choi is a self-made billionaire who founded Early Light International in 1972 at age 25. The Guangdong native worked with US giant Mattel to make Snoopy merchandise as he built his fortune.

Early Light International remains the world’s largest toy maker and Choi’s fortune was estimated at $6.7 billion this year, according to business magazine Forbes. The tycoon moved into property in 1988 as toy manufacturing became more competitive.

Choi has already put his stamp on Sydney’s market, buying the Exchange Center in Bridge Street from Malaysia’s KWAP in 2017 for A$335 million. He followed that with the A$220m purchase of a 22-level Sydney tower at 1 Castlereagh Street from Blackstone.

The sale of Northpoint is subject to Foreign Investment Review Board approval and is expected to settle in September.