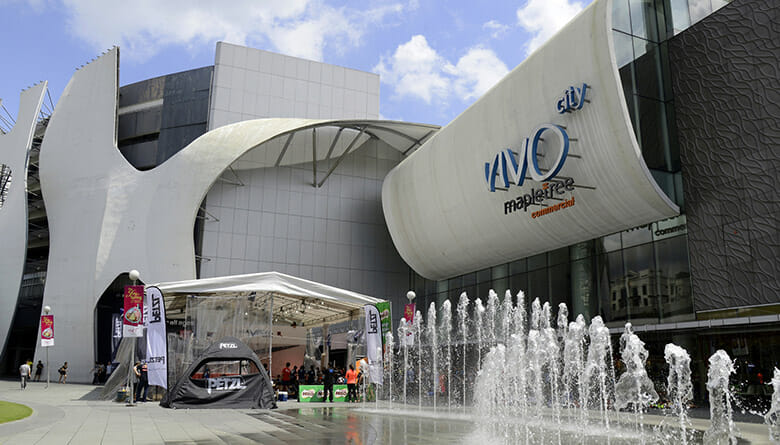 The managers of Mapletree Commercial Trust (MCT) and Mapletree North Asia Commercial Trust (MNACT) have sweetened their proposed S$4.22-billion ($3.1 million) merger deal by offering an all-cash option funded by their sponsor, amid a flurry of criticism of the plan announced early this year.

The managers of the two SGX-listed real estate investment trusts (REITs) agreed to offer MNACT shareholders S$1.1949 per unit in cash as an alternative to the initial cash-and-scrip and scrip-only options, according to a joint announcement to the stock exchange on Monday.

“We continue to believe in the strategic rationale for the merger and the benefits to MNACT unitholders who now have three scheme consideration options,” said Cindy Chow, chief executive of MNACT’s manager. “The alternative cash-only consideration will provide additional optionality and enhanced flexibility to MNACT unitholders who wish to fully realise their investment, giving higher certainty amidst prevailing market conditions.”

The revised scheme for the creation of Mapletree Pan Asia Commercial Trust, as the combined REIT would be dubbed post-merger, came in response to concerns by unitholders regarding the proposed deal, including an open letter published by activist investor Quarz Capital Management last month which described the scheme as “opportunistic”.

Mapletree Investments To Shell Out $1.6B

Funding for the cash-only option will be provided by Mapletree Investments, the Temasek Holding-backed sponsor of the two listed trusts. The property developer and fund manager will contribute the cash through a preferential share offering under which it will subscribe to up to S$2.2 billion ($1.6 billion) in preferential offering units to be issued by MCT at S$2.0039 each. “Mapletree Investments’ commitment to fully subscribe for the S$2.2 billion preferential offering demonstrates our support for the merger, as well as our strong conviction in the MCT manager’s ability to drive long-term value, and both organic as well as inorganic growth to the unitholders of [the enlarged entity],” said Hiew Yoon Khong, group chief executive at Mapletree Investments. “As the sponsor of both MCT and MNACT with a meaningful long term ownership stake, we are strongly aligned with unitholders in the success and growth of MPACT.”

To further show its support, the state-controlled developer will also be entering into a six-month lock-up period for the units it will own in Mapletree Pan Asia Commercial Trust. When the proposal was first announced on 31 December, the manager of Singapore-focused Mapletree Commercial Trust offered unitholders in MNACT the equivalent of S$1.1949 for each unit in the target trust, either in exchange via 0.5963 new MCT units worth S$2.0039 each, or a mix of 0.5009 in new units and S$0.1912 in cash.

With the third option in place, MNACT unitholders can now opt to exchange their units in cash at an unchanged price of S$1.1949 per unit. The managers said the third option will also be the default pick for investors who failed to elect by the time the voting is closed.

The preferential offering by MCT will not proceed if all investors opt for scrip-only or the cash-and-scrip option.

“The addition of the alternative cash-only Consideration to MNACT unitholders gives them complete flexibility in electing the form of Scheme Consideration,” MCT manager chief executive Sharon Lim said. “This does not change the merger’s previous terms and we continue to believe in its strategic and financial rationale.”

In an open letter last month, Singapore-based Quarz, which in 2020 led a successful movement to scuttle ESR’s plan to merge ESR-REIT and Sabana REIT, criticized Mapletree’s offer at an implied value of S$1.08-$S1.10 per MNACT unit as a “lowball” offer versus the trust’s net asset value of S$1.2 for each share. “The merger proposal which will compel MNACT unitholders to now ‘sell’ these assets substantially below NAV is both ludicrous and value-destructive,” it said.

On Friday, Quarz in an open letter to the Monetary Authority of Singapore, accused the manager of MNACT of not following a “transparent and robust process to protect unitholders interest,” and called on the regulator to ensure that the fund manager fulfill its fiduciary duty to “negotiate a better offer” with the manager of MCT.

The merger’s fate will be decided near the end of May via two extraordinary general meetings to be held simultaneously. If the managers win approval from holders of at least three-fourths of MNACT’s units and more than half of the units in MCT, as well as secure all regulatory go-aheads, the transaction is expected to be completed and MNACT delisted from the Singapore Exchange towards the end of August.

Should the merger be successful, analysts estimate that Mapletree Pan Asia Commercial Trust would be valued at S$10.5 billion post-merger and would rank as the seventh largest REIT in Asia, with a presence spanning mainland China, Hong Kong, Singapore, Japan and South Korea.

In a briefing on Monday, MCT’s Lim said the enlarged entity will target acquisitions of office and business park assets in key markets where they already have a presence, particularly those with anchor tenants from high growth sectors such as tech and biomedicine.

She said Singapore, where MCT maintains a portfolio of premium office assets including  VivoCity in Bukit Merah, will remain a core market for Mapletree Pan Asia Commercial Trust as it aims to expand further in the city despite the scarcity of target assets.

The strategy will be different for Hong Kong, she said, as they will focus on maintaining and improving MNACT’s Festival Walk while waiting for concerns over the pandemic and social unrest to subside.

“For China, I would say it is the country that you cannot ignore, to call yourself pan-Asia is to be invested in China,” Lim said, adding that the manager hopes to expand its business park holdings on the mainland, while the trust’s Japan’s portfolio will continue to serve as a hedging tool. The manager is also looking for opportunities to grow the trust’s South Korean portfolio.

An ailing mainland developer leads this week’s set of personnel moves from around Asia, as a new chairman takes over at … END_OF_DOCUMENT_TOKEN_TO_BE_REPLACED