The founder of one of China’s earliest tech giants will soon be moving into the place formerly held by Tesla founder/business celebrity Elon Musk, according to news out of Los Angeles’ posh Bel-Air neighbourhood this past week.

Also in Mingtiandi’s collection of real estate headlines, a top 10 mainland developer has put stakes in a pair of Aussie office towers up for sale and a top investment bank expects that office rents in Singapore could slide up to 10 percent this year. Keep reading for all these stories and more in Mingtiandi’s headline roundup.

Tesla boss Elon Musk made headlines in May when he announced a plan to sell nearly all of his physical possessions, including his real estate. “Will own no house,” he tweeted on May 1.

Now Mr. Musk is making good on that promise, selling one of his homes in the Bel-Air area of Los Angeles for $29 million, according to public records. The buyer is a limited liability company tied to William Ding, a Chinese billionaire businessman and the founder and chief executive of NetEase, records show. Read more>> 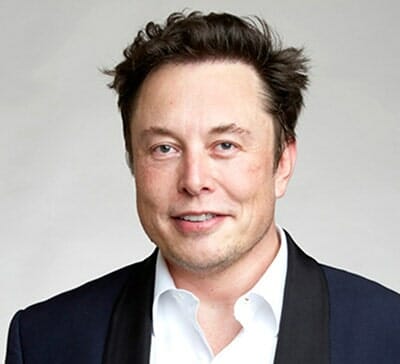 Elon Musk is selling off his homes

Chinese developer Poly is looking to offload a $500 million half share in two commercial office towers amid a resurgence of deal making in Sydney and Melbourne.

The Shanghai-listed company is rebooting its search for capital partners for its $500-odd million, 27 storey office development at Sydney’s Circular Quay after ASX-listed GPT Group reportedly walked away from investing in the project in February. Read more>>

CGS-CIMB said on Thursday it expects slower leasing momentum in the office rental sector due to a weaker macroeconomic backdrop, even as viewing activities resume in Phase Two of Singapore’s “circuit-breaker” easing.

Analyst Lock Mun Yee forecast overall office rents to decline between 5 per cent and 10 per cent this year, compared to a previous forecast of a 0-5 per cent drop. Read more>>

Singapore Developer Puts Home on the Market for S$63M

Perched on platforms near the swimming pool at the sprawling residence, two 15-ton stone lions cut imposing figures. The main house’s exterior walls are fitted with display panels showcasing centuries-old marble relics from China. A custom-designed tea room inside features vintage pots and tea bricks that cost US$7,000 a piece.

Even for Singapore, the setting for the Crazy Rich Asians Hollywood hit, this house sets a new standard. It’s selling for S$63 million, and that doesn’t include some 500 Chinese artifacts for which the buyer will have to fork over a few million more. Read more>>

Recently, it was revealed that Hong Kong actor-director Stephen Chow had mortgaged his hilltop house to J.P. Morgan Chase Bank in March this year. While some media outlets took this as a sign that the comedy icon could be struggling financially (which seems highly unlikely), others believe it might have been done in order to fund his next film project.

The house that he recently mortgaged is one of four bungalows that he built with Ryoden Development along the exclusive Pollock’s Path on The Peak (fun fact: Pollock’s Path was once named the most expensive residential street in the world). Stephen acquired the property, aptly called Skyhigh, for HK$320mil (S$57.6mil) in 2004. Read more>>

WeWork has undertaken a second round of mass redundancies in the UK this week as it plots to restructure the business in July, WIRED can reveal.

Over 50 per cent of WeWork’s community managers and community leads were made redundant earlier this week, according to sources within the business, and were told that their last day will be June 30. The cuts this week are thought to have affected 82 people in the community team, the largest in the company, while WeWork insiders point to further redundancies in the design, IT, sales, events, talent acquisition and New Member Development teams. Read more>>

Federal prosecutors on Friday announced they arrested a San Gabriel Valley woman who allegedly solicited $21.6 million for a resort complex in Coachella that was never developed.

Instead, they say, she spent some of her investors’ money on clothing, cars and travel. Ruixue “Serena” Shi, 36, has been charged with one count of wire fraud and was expected to appear in federal court on Friday after she was taken into custody by the FBI. Read more>>