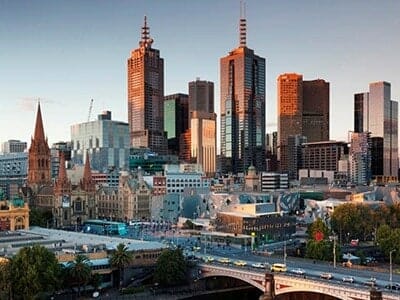 Melbourne gets the nod for most favoured investment destination

Developed markets maintain the broadest appeal to investors in Asia Pacific real estate markets, with Melbourne, Australia being selected as city with the most appealing prospects for property investment, according to the latest Emerging Trends in Real Estate Asia Pacific report, jointly published by the Urban Land Institute (ULI) and PwC.

Concerns over rising headwinds that could affect emerging markets after nine years of relentless expansion helped put Melbourne at the top, and took Sydney to third place in the annual barometer of industry sentiment which was based on input from more than 350 property professionals.

Singapore took the second-ranked spot on the list, and with Japan’s Tokyo and Osaka grabbing the fourth and fifth positions, the survey results give a picture of an industry migrating towards rounding developed economies and established markets. Australia’s two largest cities won favour with the property professionals surveyed for the study, including developers, investors, brokers and other service providers, as the country’s sound fundamentals, combined with deep and liquid markets are seen as offering a safe haven in a potential financial storm.

While Sydney had ranked first for investment prospects in last year’s edition of the study, Melbourne took over the top spot with investors, as competition increased in the New South Wales capital, pushing Sydney into third place.

Growth in commercial rents and an upswing in office investment transactions helped boost Singapore into second place as a preferred investment destination.

Among the top five cities, Melbourne, Sydney, Tokyo and Osaka share the characteristics of providing a good yield spread over the cost of debt and/or sovereign bonds as well as offering deep, liquid and mature core markets, according to the report’s authors at the ULI and PwC.

The other member of the top five – Singapore – offers these same features up to a point, but its appearance in the number-two position is more an indication of its status as a countercyclical play, with investors looking for further gains after its markets bottomed last year and the offices set for rental growth over the coming year.

Rising rates, tighter credit and trade-war tensions have forced investment rankings lower for all Chinese cities considered in the 2019 survey.

Despite these concerns, however, for developers, and investors willing to take on development deals, Shanghai and Shenzhen still won praise from survey respondents, with the caveat that market entrants be able to secure land and a strong local partner. The mainland market is also seen as backstopped by huge amounts of international and domestic liquidity, with local insurance companies in particular continuing to build portfolios and likely to remain active buyers for years to come.

Hong Kong has maintained its mid-table position this year, ranking at number 14 for investment prospects, as both residential and office values appear to have peaked after reaching their highest ever levels in mid-2018. In the office market the study’s author’s pointed to an ongoing migration of mainland China financial services companies into Hong Kong, creating more demand for prime space.