With the passing of the lantern festival, the last instalment of the lunar new year, in many parts of Asia last week, the region is back to full speed ahead, with several industry leaders finding new places to work this week. The HR team at fast-growing developer Sunac China made fast work of the selecting leadership for the company’s new cultural division, wisely choosing the chairman’s son for the new role, while long-time property consultant lands a new gig with a developer in Beijing and a luxury agency in India also finds new leadership. Read on for all the details. Developer Sunac China Holdings found a familiar face to operate its fast-growing tourism and theme park division, with 29-year-old Kevin Sun Zheyi having been named President of Sunac Cultural Group last week in an announcement by the Hong Kong-listed developer. Kevin Sun, who is the son of Sunac Chairman Sun Hongbin, has been working in various positions at Sunac since 2014, after graduating from Boston College with a degree in business administration and history in 2011. The younger Sun joined Sunac China’s board as an executive director in May of 2017 and also has experience with private equity firm Snow Lake Capital. Long-time consultant Jie Li has jumped into the development world, joining Beijing Huamao Commercial Management in Beijing this month as the company’s President, according to an update on the executive’s LinkedIn profile. In his new role Li will lead project leasing and property management for the office, retail, hotel and residential portfolio of Beijing Huamao. Prior to joining the developer, which operates as a subsidiary of central government-controlled China National Arts & Crafts Group, Li had served as Managing Director and head of North China for Colliers Beijing for just over two and a half years. The Tonji University graduate also spent more than 15 years at JLL. Samir Saran has been appointed Managing Partner of India Sotheby’s International Realty and has also named as a director on the board of the luxury real estate agency, according to a statement by the company. Formerly the CEO of Indian City Properties Ltd, the real estate division of India’s KCT Group, Samar spent seven years with that company after earlier serving with Accenture and Investec Bank in the UK. Alfie Hu has been promoted to Director with JLL in Shanghai since last month — taking a step up after serving more than two years as a Senior Manager with the commercial leasing team of the property consultancy. Hu has now been with JLL in China’s commercial capital since April of 2012, when he joined from rival from Colliers International after spending around three years as an assistant manager and marketing executive with the Toronto-based firm. Former naked Hub executive Paul Hu has joined JLL in Shanghai as Head of Urban Ecosystems for Greater China with the US real estate services giant. After serving as naked Hub’s Managing Director until just before the shared office startup was acquired by WeWork last year, Hu had worked most recently as an Innovation Consultant for AB InBev in Shanghai and had also been a consultant with Beijing-based co-working operator WSpace Group. 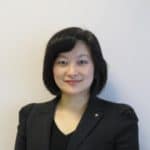 Alison Chang has moved to a new position with Hyatt Hotels in Shanghai, where she now serves as Vice President for Sales and Marketing for Greater China with the hospitality management firm. Chang took over the new position after having been in charge of regional global sales as a vice president for Hyatt Hotels in Beijing, and also has experience as VP for sales operations in China for Hyatt while based in the capital. Chang had previously worked at The Kerry Hotels and Shangri-La Hotels and Resorts with her first executive position having been as Director of Sales at Grand Hyatt.