Hong Kong-based Far East Consortium has sold a central Singapore apartment building at an 8 percent profit after acquiring the 10-storey property from US private equity giant Blackstone three years ago.

FEC had paid S$196 million to purchase 21 Anderson from Blackstone in 2018, with the company controlled by Hong Kong’s Chiu family saying in its stock exchange announcement that the disposal would “(i) realise the value of the Property, (ii) allow the gain from the Disposal to be crystalised and the capital to be recycled, and (iii) increase liquidity and reduce net gearing”.

Kheng Leong, which targets the luxury segment, is betting on the 34-unit condo block opposite the Raffles Girls Secondary School near Stevens Road after S$1.4 billion in luxury condos changed hands in the first half of 2021. That amount nearly doubled the S$723 million volume recorded during the last six months of 2020, according to research by CBRE. 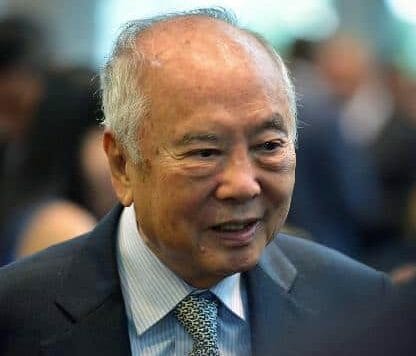 Occupying a 49,048 square foot site, the 2020-vintage building was under renovation when FEC purchased it and boasts a 30-metre-long swimming pool, a tennis court and a gym.

Located just 650 metres (711 yards) north of the city-state’s Orchard Road shopping strip, the strata-titled project is across the road from Nouvel 18, a joint venture of City Developments Ltd and Wing Tai Holdings where an upper floor unit sold last month for S$3,441 per square foot, according to an account in Singapore’s EdgeProp, citing public records.

21 Anderson has now changed hands five times in the past 13 years, with Blackstone having purchased the property from Richard Yue’s Arch Capital in 2014 for S$164 million.

Luxury on the Rise

Ultra-high-end home sales have been on the upswing this year in Singapore.

In April, the Tsai family behind Taiwan’s Want Want China Holdings paid the equivalent of S$4,827 per square foot to purchase Swire Properties’ Eden project, just 10 minutes’ walk from 21 Anderson, and during the first half of 2021 more than nine apartments in Singapore were sold for S$5,000 per square foot or more, according to CBRE.

Noting that the Singapore government reopened the nation’s borders this month, CBRE said this could bring foreign buyers back to the high-end housing market. “As such, prices in the luxury segment are expected to remain resilient or see further appreciation as demand remains strong,” CBRE said in its report.

FEC, helmed by second-generation tycoon David Chiu, has moved to monetise some of its foreign property holdings in recent months.

In June, the frequent buyer of UK real estate announced that it was selling the Dorsett City London Hotel to a company controlled by US-based Highgate Hotels and Cerberus Capital Management for £115 million ($160.4 million).

FEC said it expected to record a gain of about £50 million from the sale of the 267-room hotel near the iconic Gherkin tower, with FEC’s wholly-owned DHI Hotel Management UK to provide management services for the property after completion of the transaction.

The deal was intended to let the group realise the value of the hotel, recycle capital, increase liquidity, reduce leverage and reap income from management fees as the hospitality sector stabilises post-pandemic.