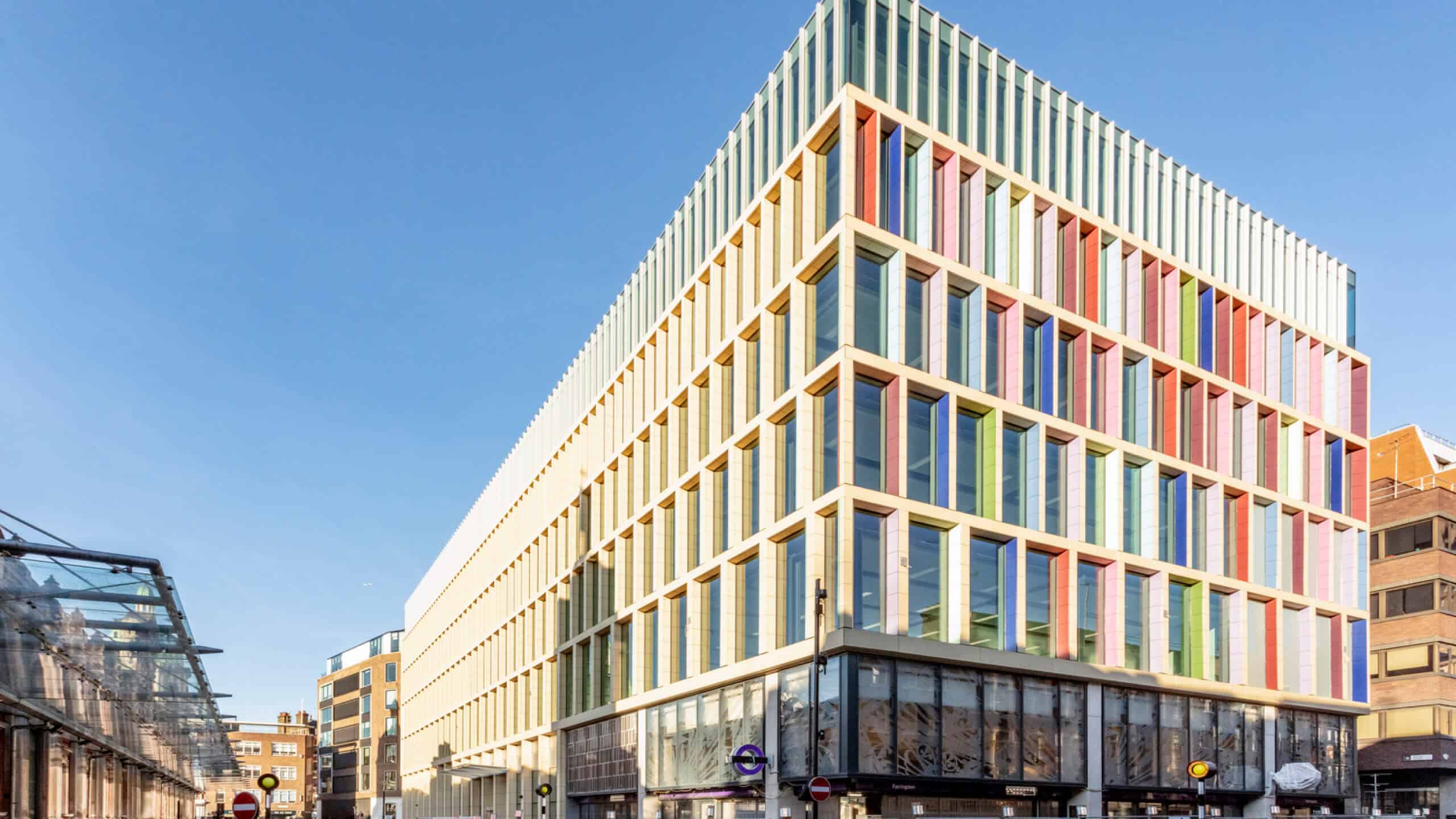 TikTok is leasing the Kaleidoscope building in Farringdon for 15 years.

TikTok, the social media company owned by China’s ByteDance, has agreed to lease a new London office building months after a spat between the UK and China threatened to derail its expansion.

The firm has signed a 15-year lease for the 88,500 square foot (8,222 square metre) Kaleidoscope building in Farringdon, according to a statement from developer Helical. The property was built above London’s still unfinished Crossrail train line and boasts a 5,000 square foot roof terrace. Read more>>

China has pledged to solve the housing problem in large cities at its top legislative session, after monetary loosening after the COVID-19 pandemic spurred a rush to real estate in the biggest hubs and pushed home affordability there to the worst ever.

“We will address prominent housing issues in large cities,” Premier Li Keqiang told the National People’s Congress in Beijing on Friday. “We will make every effort to address the housing difficulties faced by our people, especially new urban residents and young people.” Li repeated President Xi Jinping’s mantra that houses are “for living in, not for speculation” in the key report, signalling that policymakers may maintain a tight rein on the bubble-prone sector. “We will keep the prices of land and housing as well as market expectations stable,” Li said. Read more>>

The year 2021 will be a year to gain back footing as “tenants and landlords evaluate their business prospects”, say CGS-CIMB Research analysts Eing Kar Mei and Lock Mun Yee, as they maintain overweight ratings on the sector in a 3 March report.

During the fourth quarter of 2020, pent-up demand saw higher tenant sales among Singapore REITs. Occupancy during the quarter remained high at over 95 percent, though rental reversions were in negative territory. Read more>>

Investors should brace for a correction ahead among Singapore REITS, analysts at JP Morgan reckon, as they issued a non-consensus underweight rating on industrial REITs.

JP Morgan is expecting a “period of volatility” for S-REITs due to the recent steepening of the yield curve. Historically, a steeper yield curve has led to a 16 percent correction in S-REITs. “Thus far, there has only been a 7 percent pullback,” the JP Morgan analysts said. Read more>>

The opening of Legoland Discovery Centre, which occupies 30,000 square feet (2,787 square metres) in the shopping centre’s basement, was originally slated for 1 March. But K11 was forced to shut after a COVID-19 super-spreader event at Mr Ming’s Chinese Dining on 28 February. The Legoland centre opened at noon on Saturday, along with the mall itself. Read more>>

Hong Kong’s weekend property sales saw mixed reception at two different projects, as homebuyers picked and chose their way through two projects that had been on the market for at least nine months.

At Lohas Park in Tseung Kwan O, CK Asset Holdings sold 117 of the 159 flats at the Sea to Sky project developed with MTR Corporation. Buyers were undeterred by the 12 percent increase in average price since the project’s launch last June, with about seven registered bidders vying for every available unit. Read more>>