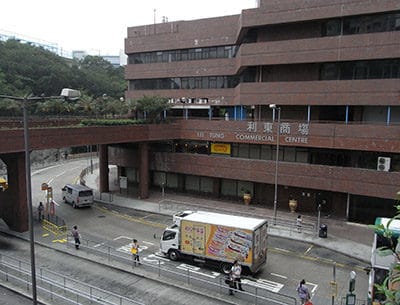 Blackstone is acquiring a set of ten community retail properties in Hong Kong from Link REIT for HK$10 billion ($1.28 billion), according to an account in the city’s Ming Pao newspaper, citing sources familiar with the transaction.

The reported retail disposal comes less than three weeks after Link REIT notified the Hong Kong stock exchange that it had entered exclusive discussions with potential partners regarding sales of assets from its portfolio, as Asia’s largest REIT revealed a review aimed “to optimise Link’s asset portfolio and maximise value for the Unitholders.”

Blackstone, which continues to show a fondness for retail properties, despite perceived threats from ecommerce, was said to be among 12 bidders vying for a set of 17 retail assets which Link REIT sold last year, only to be outbid by a competing, $2.7 billion offer from Gaw Capital and Goldman Sachs in November 2017.

Contacted by Mingtiandi, sources at Blackstone and Link REIT declined to comment on the potential transaction.

The ten retail properties are among a portfolio of some 138 properties across Hong Kong, owned by Asia’s largest real estate investment trust. Link REIT took over possession and management of the retail element of most of Hong Kong’s public housing estates when it was formed in 2005, with the REIT’s managers since becoming a frequent target of criticism whenever retail rents force out favourite neighborhood retailers.

The ten properties are said to be valued at HK$9 billion, however, some analysts indicated that due to the potential for adding value to a number of the aging properties, and given expectations for capital appreciation in Hong Kong, the final transaction price might climb to over HK$10 billion.

One of the assets included in portfolio, the 85,000 square foot (7,896 square metre) Lei Tung Commercial Centre, was reportedly valued at HK$1.14 billion as recently as this March, thanks in part to its location one minute’s walk from the MTR Lei Tung station on the South Island Line, and due to the 687 car parking spots bundled with the property.

Link REIT’s announcement on September 24th, noted that, “The portfolio review may involve potential disposal and/or acquisition of assets,” while going on to reveal that “The Manager (of the REIT” has entered into exclusivity arrangements with independent third parties exploring investment opportunities on a non-binding basis.”

In announcing its review, the management of the Hong Kong-based REIT, which is led by former banker George Hongchoy, said that it had appointed HSBC as financial advisor and Cushman & Wakefield as real estate advisor for the portfolio review. At that time, the REIT’s manager declined to respond to media inquiries regarding a potential sale to Blackstone.

Link REIT has focused its acquisitions on the mainland market since 2015, when it acquired its first property north of the Special Administrative Region’s boundaries, picking up the EC Mall in Beijing’s Zhongguancun area for RMB 2.5 billion.

Also in 2015, purchased phase one of Shui On Land’s Corporate Avenue office complex in Shanghai for RMB 6.6 billion ($1.1 billion) in the biggest deal of that year.

In May of 2017 Link REIT closed on its RMB 4.1 billion acquisition of the Metropolitan Plaza mall in Guangzhou from funds controlled by Morgan Stanley and Gaw Capital.

While the world worries about the future of shopping malls, Blackstone has made investments in retail portfolios one of its areas of speciality.

In 2013 the US private equity giant spent $400 million to purchase a 40 percent stake in mainland mall developer SZITIC Commercial Property, which is now known by the acronym SCP. After further developing the Shenzhen property firm, Blackstone later sold that retail portfolio to China Vanke for $1.9 billion in 2016.

In 2017, Blackstone’s Asia team led the firm’s $651 million acquisition of Croesus Trust, a Singapore-listed REIT which held a portfolio of 11 Japanese shopping malls.